At Banks Law Group, we bring a wealth of experience to every case. Our skilled attorneys are dedicated to providing you with the best possible advice and a positive outcome to your legal matter. We specialize in the most important legal needs of everyday people like you.

About The Managing Member:

Attorney Matthew B. Banks was born and raised in Berks County. He graduated from Bloomsburg University with a concentration in Economics, Political Science, and Political Economics. After graduation, he pursued his interests in law and government at Widener University School of Law in Harrisburg, Pennsylvania. During his time there, he served as presidents of the Trial Advocacy Honor Society and the International Law Fraternity. In addition, Mr. Banks published an article in a distinguished legal journal as a graduate student.

Before entering private practice, Mr. Banks served under Lieutenant Governor & President Pro Tempore of the Senate of Pennsylvania, Joseph B. Scarnati, III ® where he worked on criminal expungements and Board of Pardons issues. Thereafter, he represented the Pennsylvania Department of Transportation in their driver’s license suspensions hearings division.

Many of Attorney Banks cases have garnered extensive media attention, including regional/national outlets such as Fox News, ABC News, Huffington Post, NY Times, and many others. Attorney Banks has also been directly approached by a New York Times Best Selling Author, Kate Moretti, for his legal expertise to confirm, advise, and direct legal accuracy in a fictional crime novel. Clients repeatedly choose Banks Law based on their no-nonsense approach coupled with their dedication to the client’s cause and overall results achieved. 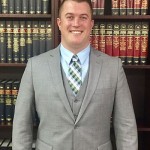 Eric earned his undergraduate degree from Seton Hall University with a B.A in Political Science and a minor in Russian Language and his J.D. from Syracuse University College of Law in Syracuse, NY where he served as the Treasurer and President of the Criminal Law Society. 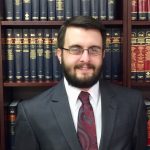 Attorney Fegley joined The Banks Law Group with a passion for Criminal Appellate work. After Graduating with a Bachelor’s Degree in Political Science and Philosophy from Albright College in Reading, Pennsylvania, he went on to attain Juris Doctor from Temple University in Philadelphia, Pennsylvania.

During his time as the First Assistant, he oversaw all investigations arising under the Pennsylvania Wiretapping and Electronic Surveillance Control Act.  As head of the Schuylkill County Drug Task Force, Attorney Fegley received the Outstanding Prosecutor Award from the Pennsylvania Narcotics Officer’s Association.  In addition to narcotics work, Attorney Fegley prosecuted a wide range of criminal cases including multiple Murder of the First Degree cases.  Attorney Fegley personally handled all criminal appellate work out of the Schuylkill County District Attorney’s Office during his tenure, including litigation under Pennsylvania’s Post Conviction Relief Act and federal habeas corpus petitions.  He has argued before the Pennsylvania Supreme Court and defended convictions before the United States Court of Appeals for the Third Circuit. 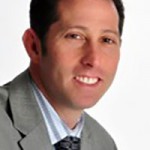 Attorney Mittman assists Banks Law Group clients on motor vehicle accidents, workers compensation cases, and a variety of other personal injury claims.  In addition to having his own solo law practice with over twenty years of experience, he has been Of Counsel to Banks Law Group since 2011.

Attorney Mittman has been intricately involved with dozens of cases throughout his career helping injured victims secure six figure results. Jeremy earned his undergraduate degree from Brown University and his J.D. from Villanova Law School. He has practiced law since 1993 and is active member of the Montgomery County Bar Association and the Pennsylvania Bar Association. 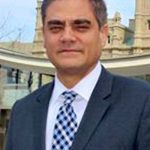 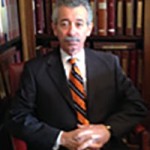 Currently Attorney La Rocca is assisting Banks Law Group with Wills, Estate Planning, Trusts, and similar areas of the law as of counsel.